Art Spiegelman: How Not To Position a Lavalier Mic 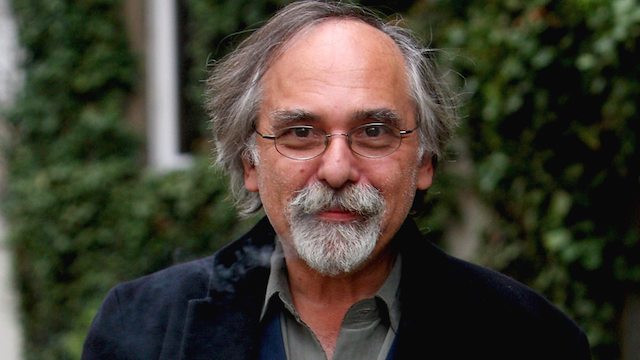 Art Spiegelman is speaking at UVM right now. What is the subject of his talk? Something about comics and graphic novels, I gather, but beyond that I could not say.

An acute listener could, however, ascertain a great deal regarding the resonant frequencies of Mr Spiegelman’s chest cavity.

A badly positioned microphone and inept sound reinforcement meant that only the lower frequencies emanating from Mr Spiegelman’s general vicinity were amplified. (I wondered if he might be wearing his microphone inside his jacket.) Projected from speakers on either side of the hall, the first thing to reach the listener’s ears were booms and muffled sounds like one might hear through the walls of a cheap hotel. These drowned out the natural unamplified sound of Mr Spiegelman’s voice.

The only higher frequencies to reach the listener’s ear without being masked by the booms, were conveyed by reflected, reverberant sounds arriving a few tens of milliseconds later, at much lower volume. It is, of course, these higher frequencies that convey most information about the position of the lips, the shape of the mouth, the articulation of the tongue relative to teeth and palate—all that constitutes a meaningful stream of phonemes. These were lost, or muddied, or arrived too late.

This left my poor superior temporal gyrus at a loss. I felt like I was watching a film in French without the subtitles. (I don’t speak French.) I might have caught every fourth or fifth word.

About 15 minutes into the talk, a person in the middle of the audience spoke up and said, “We can’t hear a word you’re saying.” Some people gave up and walked out. I was among them.

Here I offer my sincere apologies to Mr Spiegelman. I am a great admirer, but I wasn’t about to sit through two hours in which I could scarcely make out a word.

It is not often I would call for someone’s dismissal, but whoever was in charge of sound reinforcement for this event should be sacked immediately.

The University of Vermont Center for Holocaust Studies, the Jewish Studies Program, the Department of Russian and German, and the Vermont Folk Life Center should be ashamed for squandering such an opportunity.

The interviewer, Professor Dan Fogel, was not picked up on microphone at all. At least for this I was grateful.