On Pine, between Main and College, a fellow had a frame or armature of some sort laid out on the ground. At first I thought he might be making a kayak or skiff, but I noticed it had a single wheel mounted at one end. Then I saw another piece standing up behind him. “What are you making?” I asked.

“My home.” he answered. Then after a moment, he added “It will be a small home.”

It turns out he’s homeless and is building his own mobile home—not much bigger than a large coffin—that he can move by himself. 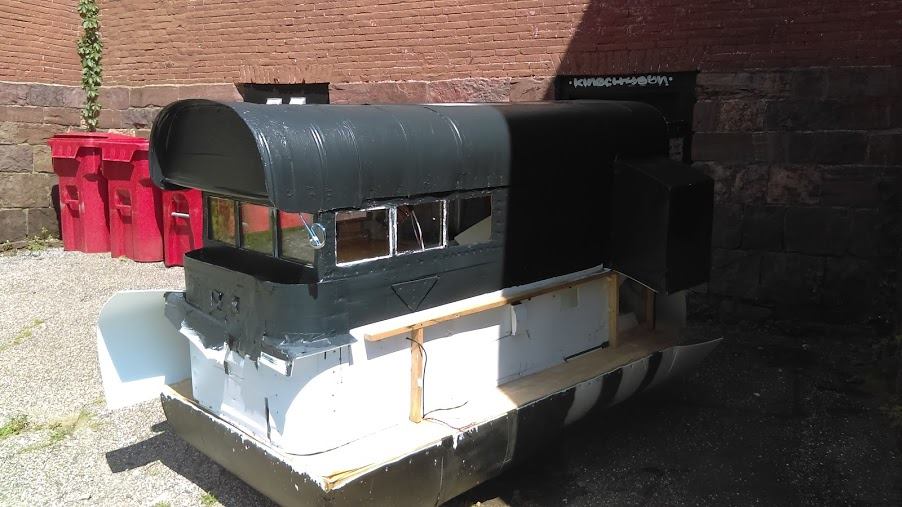