The family lore, on my father’s side goes like this: Back when Alexander the Great was still great, he mustered an army and conquered lands to the east (c. 328 BCE). Alexander and his army made it as far as what is now Pakistan. When it was time to pack up and go home, a number of his soldiers said “Forget the long trek. I’m staying here.” and they set up homesteads in a mountainous region of what is now Afghanistan. Being of European origin, they didn’t look like most of the locals, and hence they acquired the name “white tribe.”

Centuries later, Muslims invaded and tried to convert everyone they conquered to Islam. In general, they were successful. However, the folks of the white tribe were pretty cantankerous and wanted no part of Islam. Apparently, they were such a bother that the Muslims decided to leave them alone. This region of Afghanistan came to be known as Kafiristan, after the Arabic word “kafir” (كافر), meaning “infidel” – land of the infidels.

Once again, centuries later, the Umayyad Caliphate recruited soldiers (probably by bonking them on the head and dragging them off) for excursions to what is now Spain. A bunch of these cantankerous kafirs went along for the ride. This was around 1000 CE.

Once again, centuries later, some of these cantankerous kafirs left Spain during the Aragonese conquest of the Kingdom of Naples. At this point, they’d set themselves up with a nice little merchant fleet, so it’s not unlikely that they were contracted to provide transportation to the Aragonese. This conquest, history tells us, was a long, drawn-out, and ugly affair.

In the end, the kafirs decided to settle in Meta di Sorrento around 1450. These folks changed their name from “Kafir” to the italianized “Cafiero”. 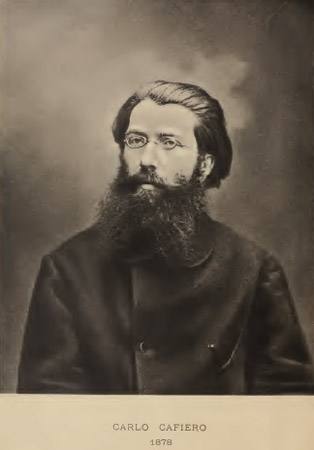 Carlo Cafiero (1846 -1892) was an anarcho-communist of some note, who interacted with both Marx and Engels. See: Wikipedia article on Cafiero, and this chapter from Richard Drake’s Apostles and Agitators: Italy’s Marxist Revolutionary Tradition, and this biography from Paul M. Perrone’s, Carlo Cafiero’s Compendium of Capital. Inclusion of cousin Carlo’s history here is not an endorsement of his political philosophy.

On my mom’s side…

On my mom’s side, there’s this guy (Charlemagne, pictured below). This should come as no surprise, since a large proportion of anyone living of European descent is descended from him as well (see this article in The Guardian). What’s a little unusual in my case is that this unbroken lineage is documented. Hooray for crowd-sourced genealogical research. 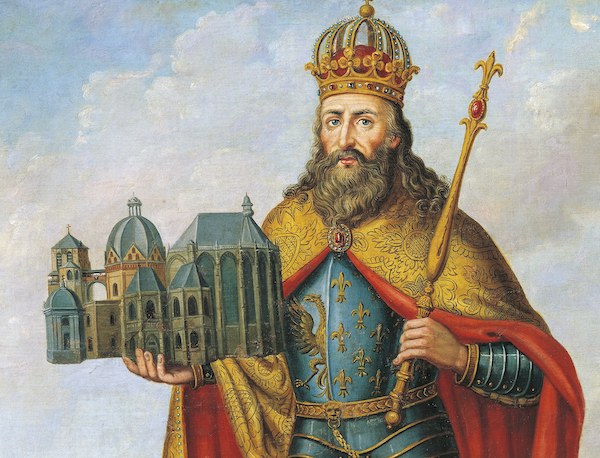